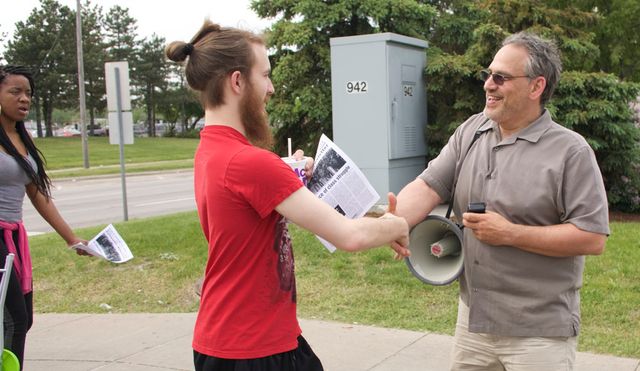 SEP campaigners distributed the latest edition of the World Socialist Web SiteAutoworker Newsletter. The Newsletter carried a lead article on the explosion of class struggles internationally, including strikes in France opposing the elimination of job protections for workers. It also carried reports on the development of workers’ struggles in the United States, including at Honeywell and Verizon. 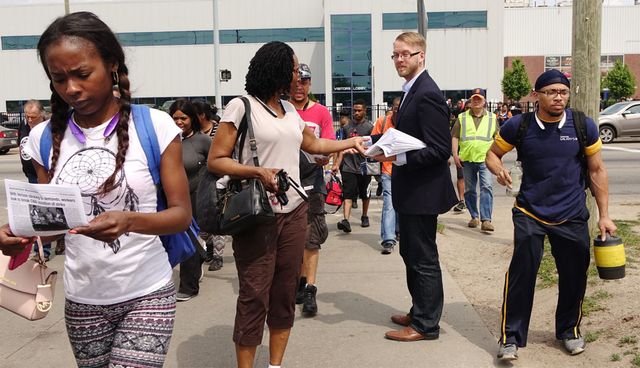 Last year workers at Fiat Chrysler were at the center of a rebellion against the United Auto Workers, voting down the first of two sellout contracts brought back by the union. Since then Fiat Chrysler CEO Sergio Marchionne has stated that the Dodge Ram, currently built at Warren Truck, will be sent to the nearby Sterling Heights Assembly Plant, putting a cloud of uncertainty over the future of one of FCA’s older plants.

Many Warren Truck workers expressed anger over the announcement Wednesday by United Auto Workers President Dennis Williams that the union is endorsing Democratic presidential candidate Hillary Clinton, a spokesman for the banks and a leading proponent of imperialist war. 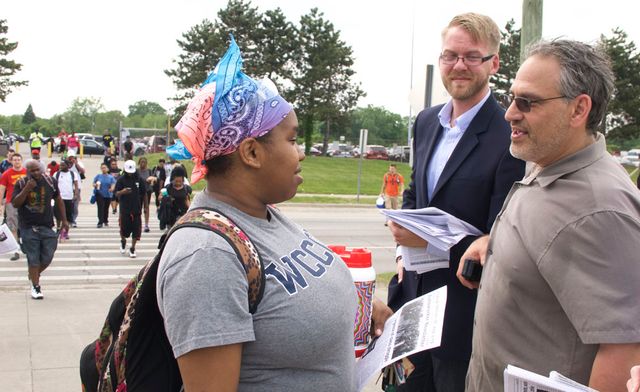 The comments of one worker were typical. “I think the government needs a complete overhaul to fix all the things that are wrong with this country.”

Another added, “It’s all a setup for disaster.”

A worker with 20 years in the auto plants stopped to talk with White. “The UAW doesn’t speak for workers,” he said. “It’s been like that for a long time. I don’t care for any of them,” he said referring to Clinton and Republican candidate Donald Trump.

White explained, “The UAW endorsement of Clinton shows the union does not represent the interests of workers. Clinton is a stooge for Wall Street. We say all the candidates speak for the billionaires and are prepared to send the young generation off to war for the profits of the giant corporations. 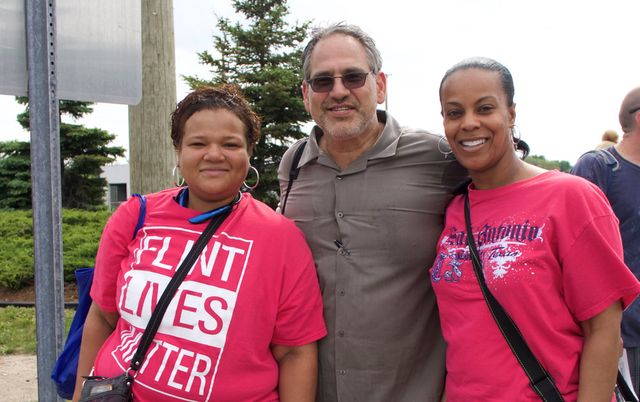 “The SEP is running in the elections to provide a socialist alternative for working people to the two parties representing the corporations, Pentagon and the police-military intelligence apparatus. No matter who the November election, the next administration will be the most violent and repressive in history.”

When asked about the UAW endorsement of Clinton, an older Warren Truck worker said, “It’s BS. If it wasn’t for Bernie Sanders I wouldn’t be voting at all.”

White replied, “Sanders has tapped into the immense anger of workers and youth, but he is channeling it back behind Clinton, a candidate of the ruling class. While he calls himself a socialist, he defends economic nationalism and supports the scapegoating of Mexican and Chinese workers for taking jobs. We say the working class is an international class and must unite its great power across national boundaries to take on the multinational corporations.

“You should support my campaign to back a genuine socialist alternative.”

A veteran worker put a donation in the collection bucket saying, “I agree with you. You know I am so frustrated that I don’t really even pay attention any more. I think things need to be changed, but I am not sure how.” 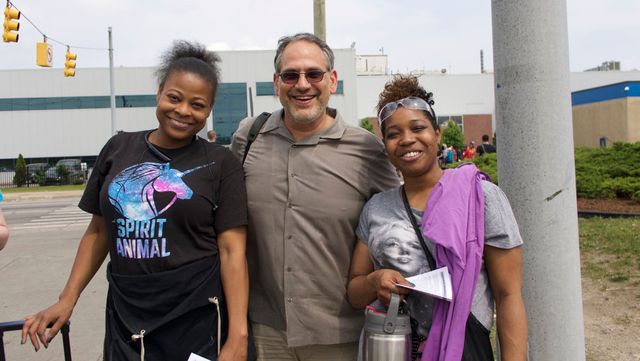 Juanita, a young Warren Truck worker stopped to speak to the socialist candidate.

“I feel like this, a lot of people keep passing the buck,” She said. “At the end of the day all these politicians need to stand behind what they told us.

“I would go with Clinton, because she is the lesser of two evils, but they are both evils.”

She added, “It is a dictatorship. They are going to make us vote for the people they want, who will do what they say. At the end of the day it is all lipstick and rouge. There is nothing there for us.”

White explained, “The working class needs a political party of its own. We are the overwhelming majority of society, yet political power is in the hands of the billionaires. Workers should not be forced to vote for the lesser of two evils but have a positive alternative that genuinely represents their interests. That is why Niles and I are running in the elections, to advance an independent program for the working class.”

“I like him,” she said after listening to Jerry White. “We need a party that is just for us.”

Crystal, her friend who has worked at Warren Truck for three years, added, “I don’t like any of the candidates. None of them possess the qualities of good candidates. They all have their own agendas, and I don’t trust any of them. They are all controlled by the lobbyists. It is all a money thing.”

Another worker stopped to speak to White and Niemuth. She said, “I think if either of them get into office it is going to be bad. Clinton doesn’t even know what she is doing. At first I said, ‘Yeah, maybe a woman would be good,’ but they get into office they do nothing. I don’t think Obama did a lot either.”

She added, “I don’t even want to live in the United States.”

Jerry White said, “They same thing is happening all over the world. In France there are massive strikes, with workers battling the police and corporations. They want to make it easier for the companies to fire workers, work longer hours. It is a global question. It is the same fight for workers all over the world. We are saying we have to unite rather than competing with one another.”